One of the solutions we showcased with Tycon Systems at the ASIS 2017 Security Expo in Dallas was a ready-to-install kit for setting up a remote, solar-powered, high-speed connection. This specific kit included a Mimosa B5-Lite backhaul radio link, a night vision PoE camera, and a Tycon RemotePro Solar System. Key use scenarios for this type of kit include wireless base stations, off-grid power, and surveillance systems. We thought we’d share how one of our customers, WiFiCoNext, is currently using a similar setup.

Dennis Brimhall and John Wallace started WiFiCoNext, in Dammeron Valley, a small community in rural southern Utah. One of the biggest complaints of residents was the very slow internet. So Brimhall and Wallace, both retirees, decided to create a WISP to do something about it. Explaining that excellent internet access would increase the attractiveness of living in Dammeron, they teamed with the housing developer and owner of a large concrete water tank about 150 feet above the valley floor to secure free access for mounting Mimosa fixed wireless devices.

The addition of radios on the water tank were a critical component in WiFiCoNext’s network design. The WISP planned to access two fiber trunks running through the valley, trenching and laying conduit for both the fiber and 110 A/C to cabinets that would house the Tycon UPSPRO, a fiber-to-copper box, and a router. They planned to install a 10-foot pole and mount a Mimosa B5 backhaul radio to the top of the pole. This would provide backhaul to the water tank at the south end of the valley, where the second B5 radio would be mounted, in addition to two Mimosa A5c connectorized devices and a B5-Lite radio. They added another B5 to their design to send the fiber-fast signal to the north end of the valley, which also had two A5c devices beaming south. They planned on mounting a B5-Lite to connect to a Mimosa A5 access point to cover a small part of the valley that couldn’t see the A5c devices.

At this stage of the planning, the team encountered a big challenge—the water tank they planned on using did not have access to power, was inaccessible by road and was very high. Brimhall and Wallace purchased the RemotePro Solar System from Tycon and carried it to the tank in pieces, roping components to the top of the tank. They left the batteries at the base of the tank, used conduit to run lines to the controller and then back to the four solar panels. 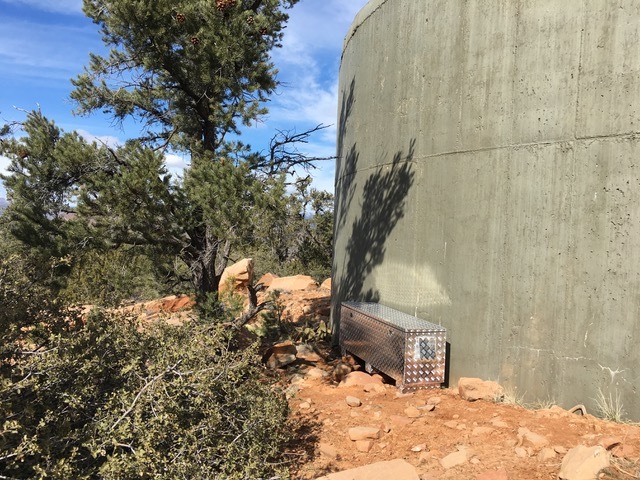 The WISP now has about 40 customers seeing download speeds of between 100 Mbps to 200 Mbps and upload speeds of between 25 Mbps to 50 Mbps with very good stability. “WiFiCoNext was profitable by the third month of operation,” says Brimhall. “We could expand significantly to other places, but we are the geezer squad not the geek squad and we just want it to be fun for everyone.”

This creative and successful deployment has captured the attention of nearby communities who have reached out to Brimhall and Wallace, so retirement is now out of the question. They are helping out where they can and passing on some of the lessons learned along the way.

Realizing that remote kit installations like WiFiCoNext’s made high-speed internet a reality in a town in southern Utah, Tycon and Mimosa teamed up to make these kits available off-the-shelf for rapid deployment.

We’re proud to play our part in helping service providers of all kinds deliver fiber-fast broadband to their communities.If you have any questions about this installation or would like to share details of your own unique installation application, please drop us a line at marketing@mimosa.co.