In 2016 we witnessed an unprecedented change in direction for internet access in America, as the most prominent ISPs in the country continued to back-off their fiber plans. This is making way for new fixed wireless technologies as the final connection to consumers in the last-mile.

Unfortunately, all useful wireless spectrum has been allocated, so the important next step is to identify underutilized spectrum that could be re-allocated or shared, to keep up with demand for internet access.

While the FCC Spectrum Frontiers sought to address that demand using mmWave spectrum between 28 GHz – 80 GHz, this spectrum fails to address the technical requirements needed to reach the bulk of the population living in suburban and rural areas with speeds well below 25 Mbps.

Today, more than 50% of the population live in single family home suburban city areas, and 20% in rural areas. The key challenge in reaching homes in these areas is addressing non-line-of-sight (NLOS) issues presented by heavy foliage and other neighborhood obstructions. Lower frequency spectrum has proven itself as a key tool to overcoming these challenges. 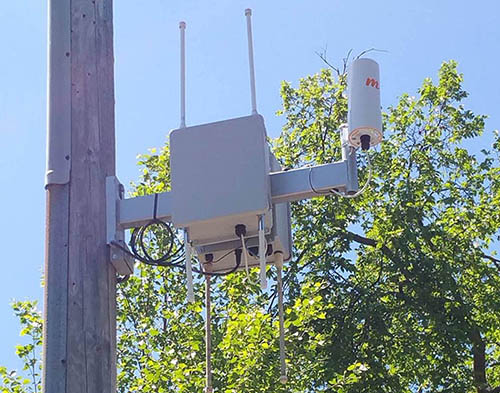 To that end, focusing on sub-6 GHz spectrum is critical for providing broad reaching connectivity, and with no clear and open spectrum available, considering ways to leverage and share underutilized spectrum is clearly the right answer. Mimosa has filed comments with the FCC in support of pursuing new rules to protect incumbent underutilized satellite usage in the 3.7 – 4.2 GHz spectrum, while adding 500 MHz of incredibly valuable spectrum for improving internet access.