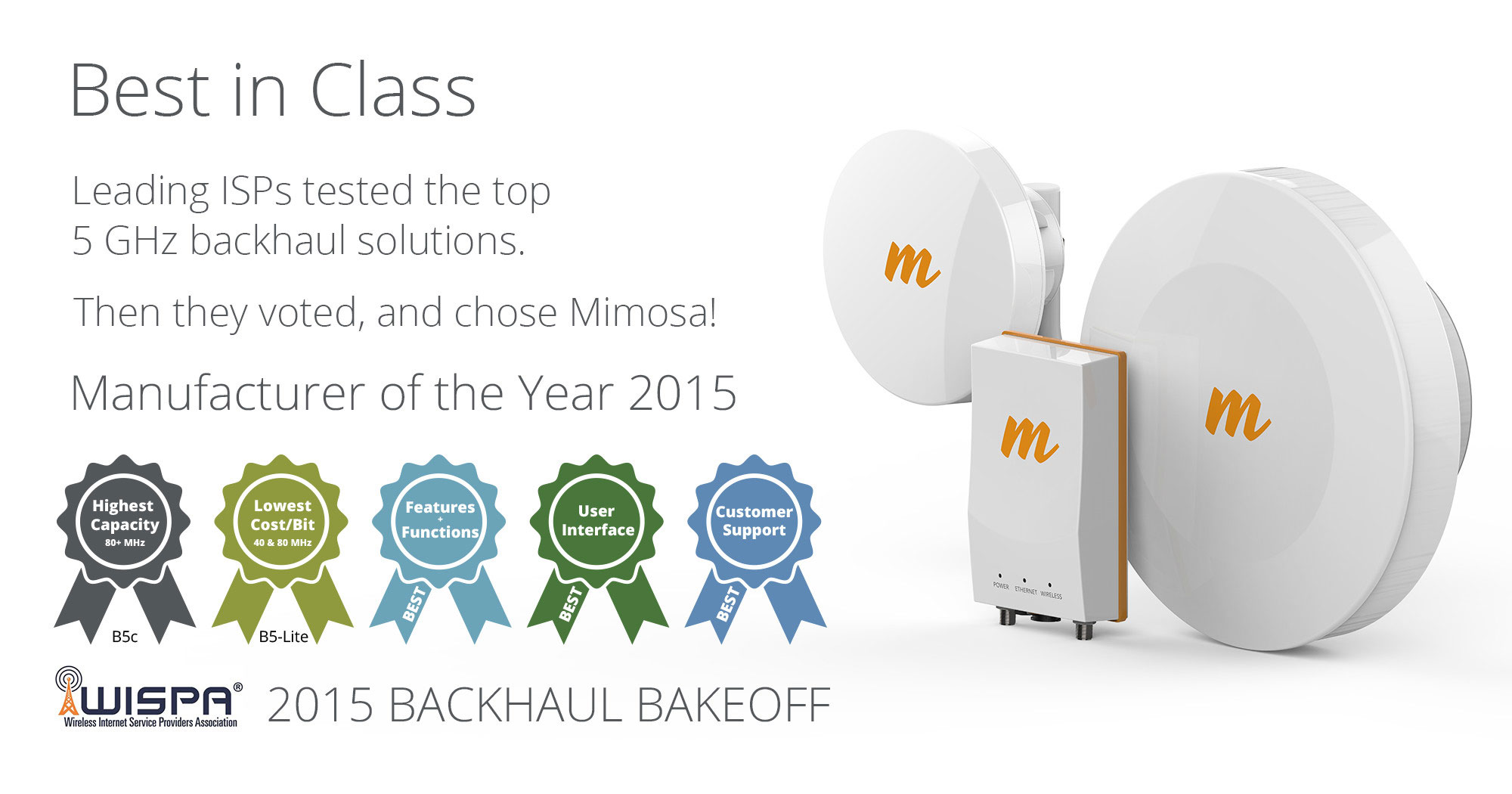 We are proud to report that Mimosa dominated the awards, which recognize the “best-of-the-best” in the WISP industry. The B5c won four of the categories, with a demonstrated capacity of nearly 1400 Mbps, and the B5-Lite shined with the lowest cost/megabit in the industry at $0.42/Mbps. And alongside our amazing hardware, Mimosa is especially pleased to take home the prize in the “Best Support” category, knowing that our highest value is in our people.

While Mimosa in the past has secured other top honors, including the Wi-Fi Industry Award for “Best New Venture” and JMP Securities’ Fast 50 List of Hottest Privately Held Security and Networking Companies, we are especially humbled to be honored by WISPA, and grateful to have such a warm show of support from our North American WISP customers.

We will continue to push the envelope in bringing you the best of wireless technology and service in the months and years to come.