Amtech Communications saw speeds increase to 200 Mbps, up from 30 Mpbs with their previous solution

In its capacity as a wireless internet service provider, one of the company’s key objectives is to ensure that bandwidth capacity meets the requirements of the building residents. According to a recent study commissioned by Google, renters rank high speed internet higher than amenities like a pool or a gym when considering where to live. Accordingly, the company is always looking for simple, yet high-capacity solutions to upgrade existing links to meet this ever-increasing demand.

In order to feed its in-building Wi-Fi access points, Amtech Communications selected the Mimosa B5 and B5-Lite backhaul radios for over thirty links installed on buildings and towers to provide broadband connectivity for MDUs in cities including Ocean City, Maryland, and Richmond, Virginia.

With the new Mimosa links installed, Amtech Communications saw speeds increase from 30 Mpbs to 200 Mbps, a quantum leap over the previous solution.

Amtech’s dramatic results were a direct result of the intelligence built into Mimosa radios. The radio’s Auto Everything feature makes ongoing maintenance in high interference environments automatic in changing conditions. And unlike typical backhaul solutions that waste spectrum with every link installed, the Mimosa B5 uses high-precision GPS Sync technology, allowing reuse of the same channel both at individual sites and network-wide.

“I was so impressed and could not believe the results could be this good. I have changed out almost all of my old links and plan to use only Mimosa going forward.”

“I was somewhat skeptical when I first heard about Mimosa products and was hesitant about using them as I felt we had been down this road before,” said James Hawthorne, Network Engineer at Amtech Communications. “I was so impressed and could not believe the results could be this good. I have changed out almost all of my old links and plan to use only Mimosa going forward.” 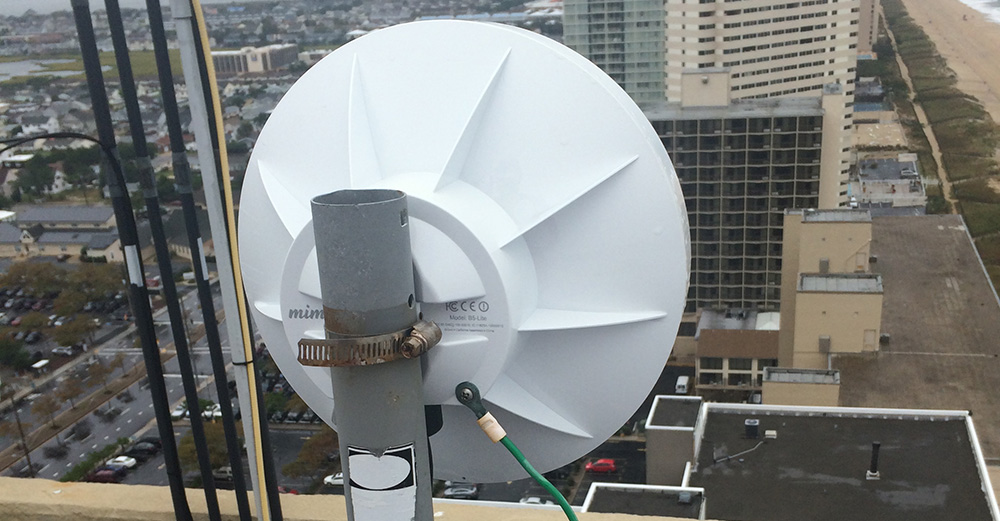 Using the Mimosa Cloud+ tool, Amtech Communications easily handled the design and installation of the new Mimosa links, replacing old links and analyzing historical statistics and traffic patterns. “I particularly enjoy the cloud-based monitoring features,” said James. “I can view all of our links and ensure they are performing optimally.” According to James, setup was very simple and it was an easy process to program and install each link. It took about an hour to deploy and program each radio. “We were amazed by the ease of the deployment of the Mimosa radios,” said James.

What’s next for Amtech Communications? In addition to rolling out a new Mimosa network in the Washington DC area, they are also looking to take advantage of clear, licensed 11 GHz spectrum by deploying Mimosa’s award-winning B11 backhaul radios into their growing Mimosa ecosystem.