A high-capacity backhaul solution to connect sites without fiber

Every three years, a different region within Switzerland plays host to the Swiss Wrestling and Alpine Festival, this year in the lakeside cities of Estavayer-le-Lac and Payerne. Showcasing the national sports of Switzer- land, the Festival includes traditional Swiss wrestling, stone throwing and Hornussen, an indigenous sport where teams strike and intercept a small puck called a Hornuss. With over 280,000 attendees, the organizers of the Championship appointed Swisscom Event & Media Solutions AG to deliver the entire network for the event.

After a planning phase of more than six months, Swisscom’s engineers spent over a month onsite to deploy the massive network, installing over 11 kilometers of fiber, 28 kilometers of RJ45 cables, 180 switches and 200 access points. The backbone was deployed in different meshed ring topologies – all 10 gigabit. 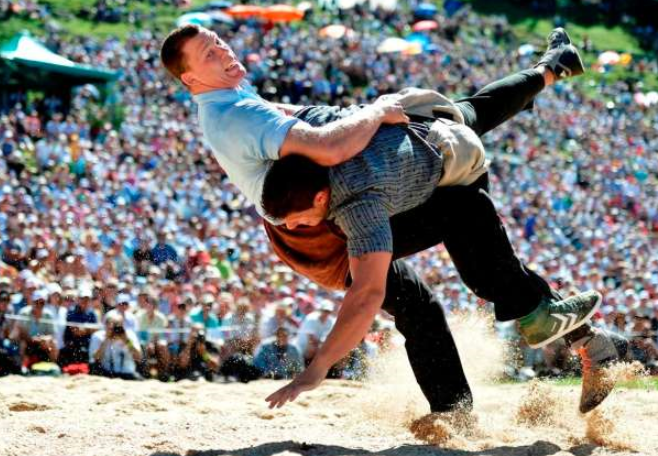 Beside the wrestling arena with over 52,000 seats and various temporary restaurants and booths, Swisscom needed to deliver its services at two additional locations, the Hornusser fields and a campsite housing 23,000 people. Lacking fiber at these sites, Swisscom decided to deploy WLAN bridges, but faced an additional obstacle – they were located very close to the Swiss Military Airforce Airbase in Payerne with civil, military and weather radars. Given the challenges, Swisscom needed to upgrade its backhaul solution and turned to Mimosa B5 backhaul radios to deliver the goods.

Very easy to deploy, the Mimosa B5 is a high capacity unlicensed 5 GHz backhaul solution for short and mid- range link applications, perfect for the nearby, but unconnected venues at the Swiss Wrestling Festival. With carrier-grade IP67 design, the ultra-rugged backhaul radio has high-precision GPS sync technology allowing the radios to reuse the same channels network-wide, with up to four links auto-coordinating. Given the unpredictable spectrum and interference from the Airforce base, Mimosa’s multichannel and auto-everything technology was crucial to maintaining the link stability. The B5 backhaul radios use two independent operating channels and adapt automatically to deliver optimal speed and reliability.

“The Mimosa B5 backhaul radios exceeded our expectations and performed perfectly. We are very hopeful that we will be able to deploy them for future large events in Switzerland.”

“With some minor adjustments, we discovered fabulous stability using a 2 x 40 channel,” said Patrick Lier, Network Engineer at Swisscom. “When we observed the GUI, we frequently noticed that there were radar signals detected, and one radio even changed channels, but we didn’t have any interruptions in connectivity. This was very, very impressive!” 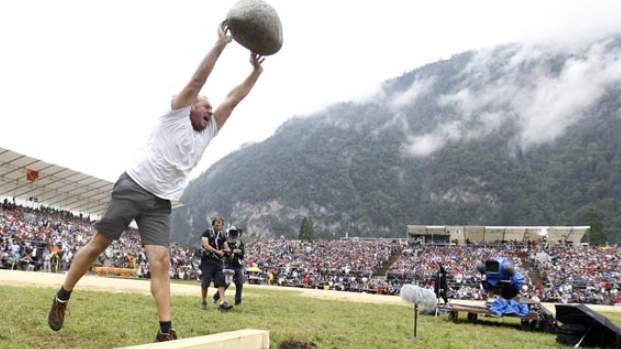 With a distance of about 1.1 km and 800m in each location, they quickly discovered they had more than enough bandwidth for additional camping applications including ticket scanning, public and private Internet access, camping accreditation and Hornussen applications.

Swisscom ran the Mimosa solution for the duration of the festival with no problems. “The Mimosa B5 backhaul radios exceeded our expectations and performed perfectly,” said Patrick Lier. “We are very hopeful that we will be able to deploy them for future large events in Switzerland."