So what is a Mimosa Long Range Tower Deployment? Simply put, it enables massive scaling of subscribers and capacity at existing towers, as well as easy build-out of new tower locations closer to potential subscribers—all by smartly reusing scarce wireless spectrum resources.

Because wireless spectrum is what is called a shared medium, there's a natural limit to the amount of airtime that can be shared before performance, and most importantly latency, suffers. There's a practical cap to the number of subscribers that can be added per sector. To add more subscribers at a tower, it's necessary to add more base station sectors—a challenging task in already crowded spectrum.

Step one is to narrow each sector to reduce the coverage area, physically adding space for more base station sectors for more overall capacity. Unfortunately, adding more uncoordinated base stations simply multiplies interference.

By deploying Mimosa's Long Range Tower architecture, more sectors can be closely installed on towers. And with precise Spectrum Reuse Synchronization (SRS) coordination between them, sector capacity can be doubled or tripled without adding interference. 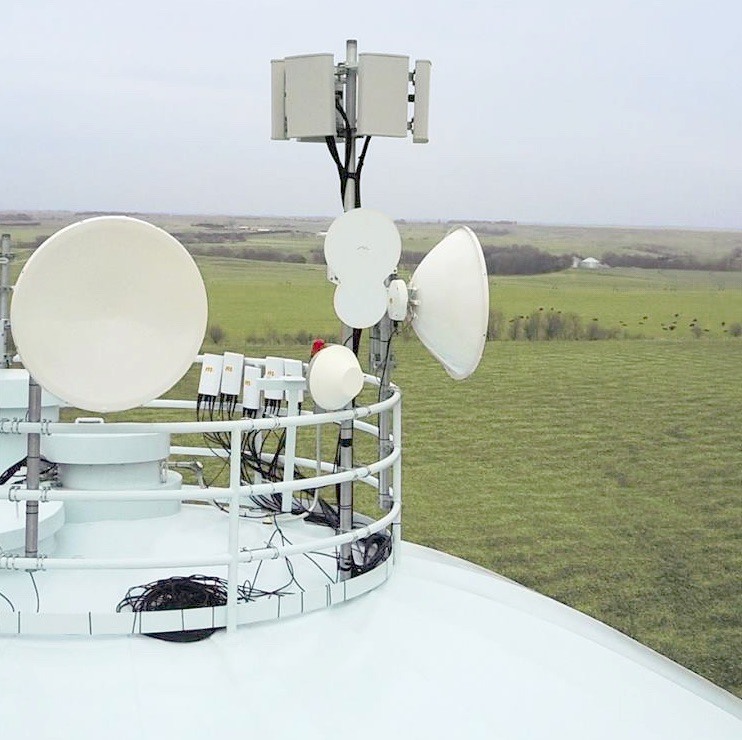 Get Closer, Get Faster

Any successful growing ISP understands that fewer towers, as well as towers located far from subscribers, impedes growth, coverage, and service quality. In rural areas, line of sight, foliage, and distance are the biggest impediments to providing fixed wireless services. In all scenarios, getting closer to subscribers improves signal strength—and that translates to speed and reliability for consumers.

After an ISP has maxed out capacity on a single tower, deploying on new in-fill towers is critical to expanding networks. This typically reduces subscriber distances down to three miles or less, improving signal strength and speed by 200%, providing greater line of sight service potential than a single tower.

The challenge, once again, is self-interference from the radios in the ISPs network—but this time from transmissions from the other towers. The same Mimosa SRS technology that synchronizes collocated radios at towers to improve spectral efficiency can also coordinate towers network wide for broader geographic spectrum reuse.

The Best is Also the Most Affordable

For new operators and ISPs looking to grow in improve speeds in rural areas, the next generation of internet service is as affordable, faster, and more scalable than ever before. With Mimosa's Long Range Tower broadband architecture, Mimosa is working to fix internet access for all, today.

*Measured by cost per Megabit/second of capable aggregate subscriber speed